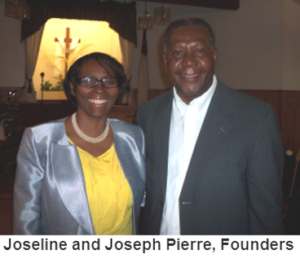 The Little Angels of the Broken Wings is the realization of a long term dream of husband and wife Joseph and Joseline Pierre. Longtime members in good standing of the Silver Spring Church of God in Silver Spring, MD, they have had a great desire to aid the people of Haiti in some fashion. Bro. Joseph went to Haiti to help shortly after the earthquake of 2010. He knew then exactly what they were called to do: build an orphanage to minister to children orphaned by the earthquake. The vision has since expanded to also include medical care not just for the orphans, but for the needy of Camp-Louise, Haiti, where the orphanage is located. In this location there are many children orphaned by circumstances other than the earthquake, and so they also are being admitted as space and funds will allow.

In the photo below Brother Joseph Pierre is greeting the people at the dedication of the medical building in Camp Louise, Haiti, July 12, 2012. 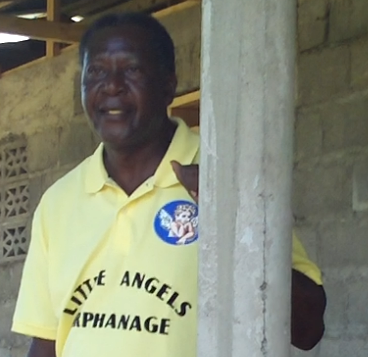 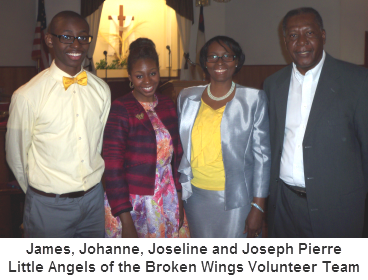 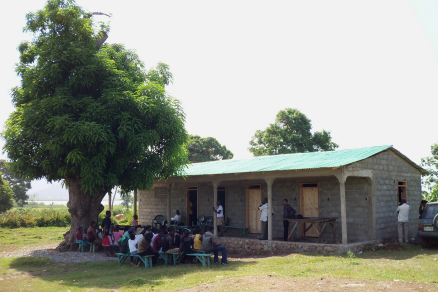